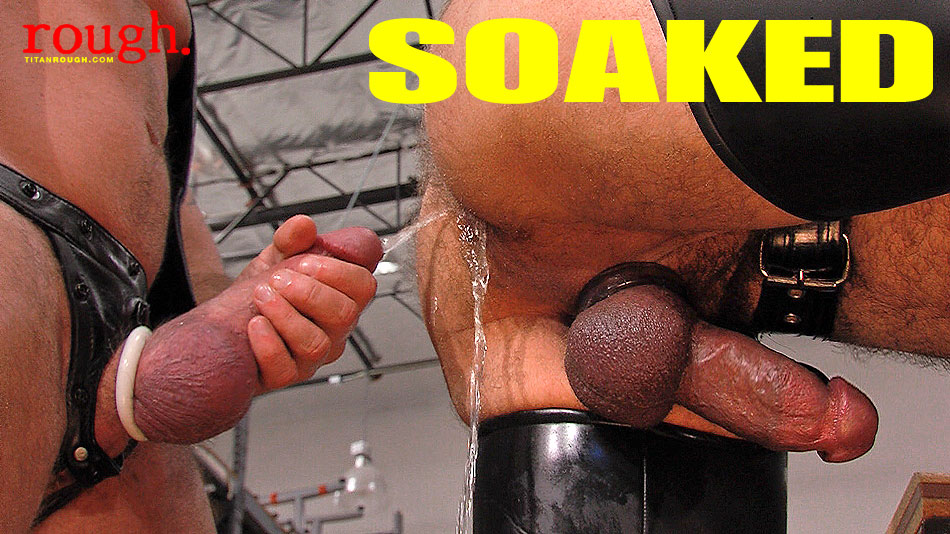 Standing atop a table in the workroom, mohawked Ethan Ayers smiles down at furry Paul Steele, who begs for piss as Ethan takes out his boner and lets it fly. Ethan whips his dick on Paul’s face before feeding him. Ethan gets on his knees, his own thick cock throbbing below as he sucks Paul back—his hand roaming up to rub the tattooed bod. Ethan then bends his bud over the table, releasing a stream of piss on Paul’s hairy hole. “Get that hole wet!” yells Paul before Ethan dives his tongue in to eat him out. “Taste your piss back there!” Ethan fucks him from behind, his tight sac ready to burst—and his rock-hard cock pulsing when it’s released. Ethan works up a hot rhythm as he fucks, then plows Paul with a big red dildo before pissing on his hole again—finally relieving himself over the bottom’s bod before they come, Ethan flashing a wicked smile.