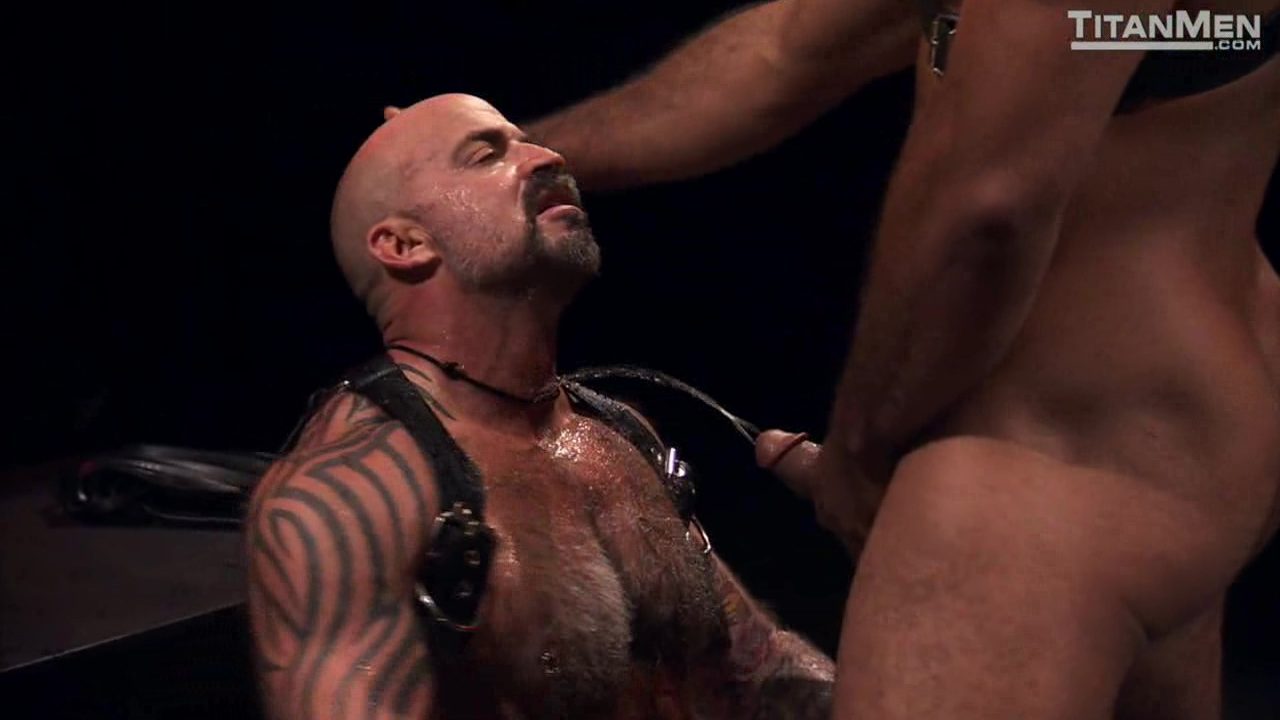 The scene starts with Nate spanked by Roman. Nate then drops on his knees and Roman start pissing. He covers the daddy’s body with smelly urine. After that Roman and Nate take turns fucking each other’s hairy holes. Finally the daddy serves Roman’s fat cock and drinks piss directly by it.