With his massive chest bursting out of his dark blue skinhead gear, mohawked Spencer Reed enjoys a cigar in a dark room bathed in sultry green and blue tones — and soon blows smoke at latex cop JR Matthews. Spencer shows cop JR who’s really in charge, and shoves him to the ground: “Suck my cock!” Spencer’s strong hand controls JR’s head as his cock gets a messy spit bath. The two squirt, including a huge load from Spencer that hits JR. Now planted to the ground with a boot buried in his butt, JR gets doused in piss — including his own, which he shoots up into his mouth. JR then pisses into both of their mouths before they share a spit-and piss-filled kiss. 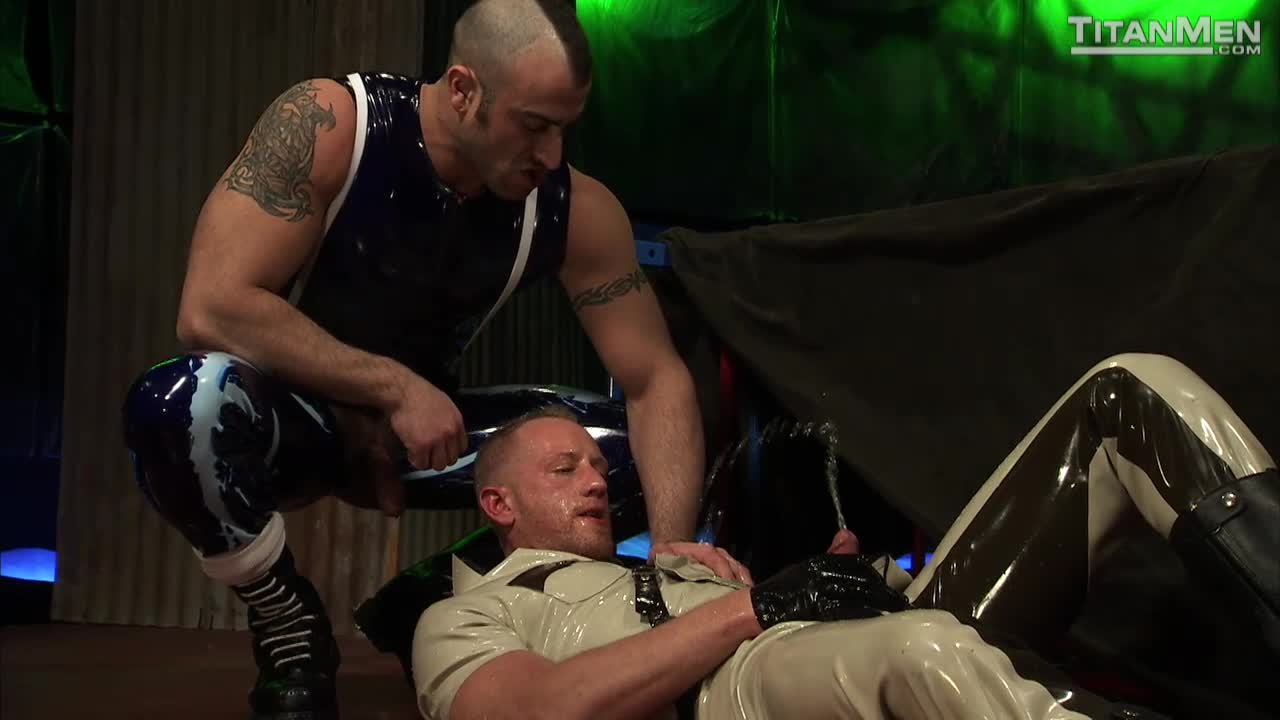