Cutler and Jon are cruising one another through the glory hole. Cutler commands Jon to show him his ass. Soon enough, Jon manages to stuff that hungry, hairy hole through the hole to allow Cutler to spread, eat and plow it with his humongous 11” uncut black cock. Jon’s body is shivering and saying no but the craving and huge man meat in his flowering hole are saying yes. Hot, hairy daddy Jake Wetmore steps in and feeds Jon some man cock and a whole lotta piss. While both of Jon’s ends are singing and begging for more meat and fluids, Michael walks in and feeds him about a gallon of boy piss. Cutler wears Jon’s ass out with that gut splittin’ monster meat, so Jon drops to his knees and chows down on Cutler’s pole, which is chock full of Jon’s ass juices. Stay tuned for Part 2, when the cum will be flyin’. 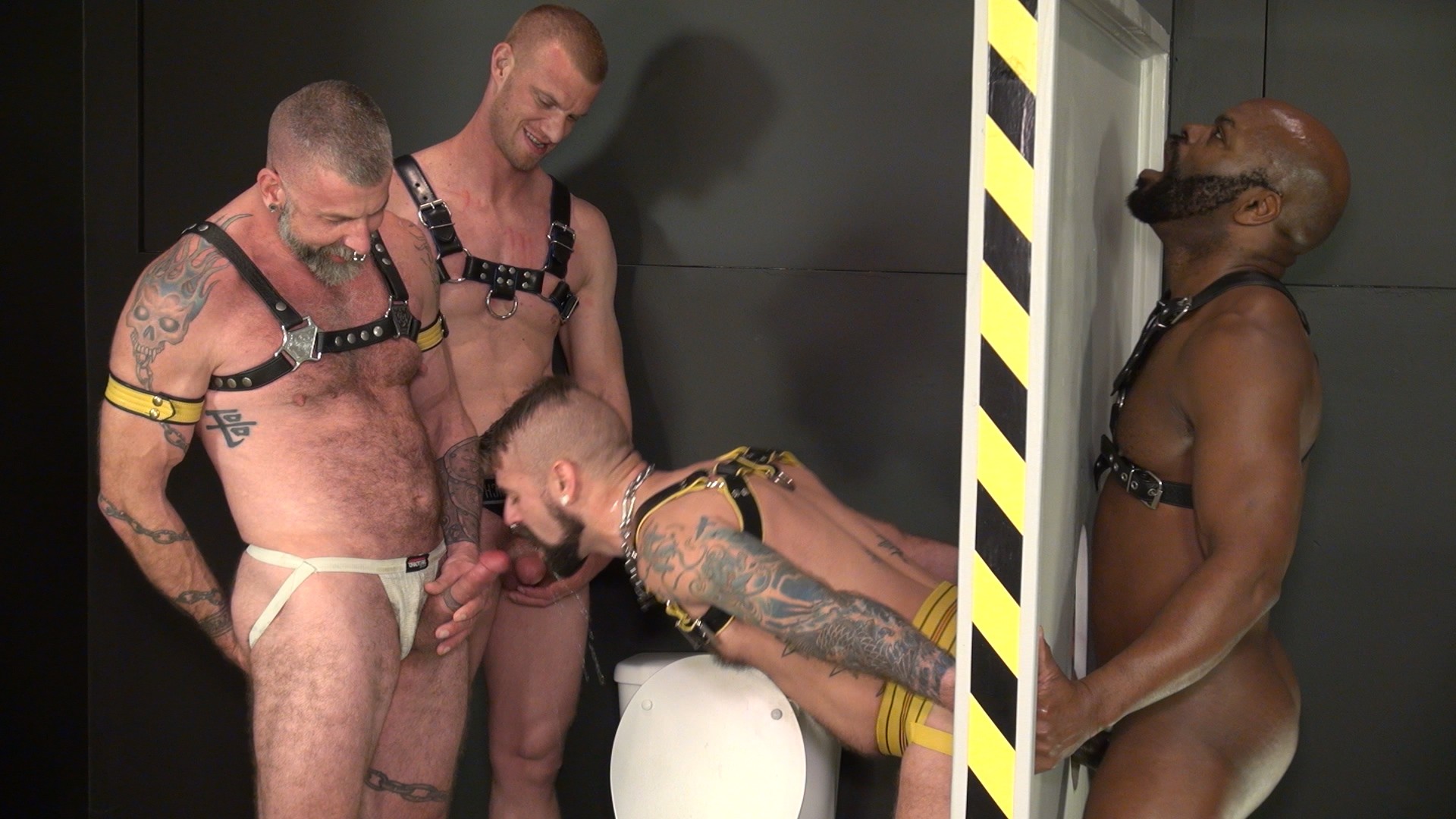