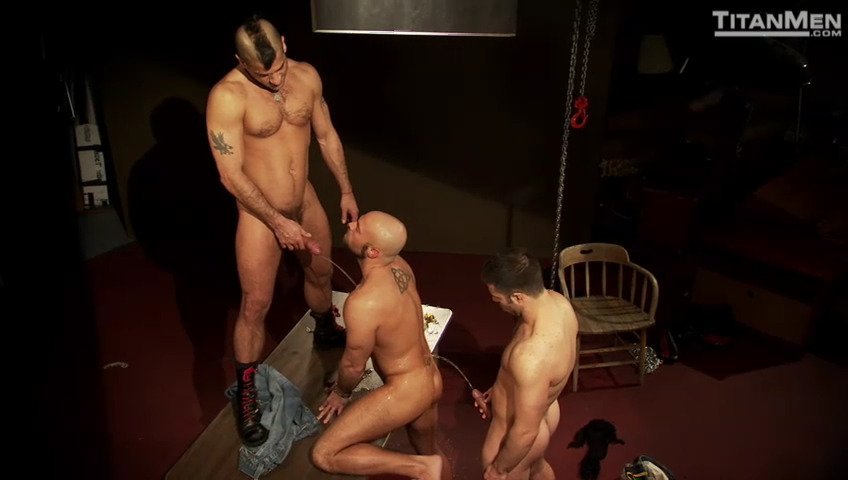 The men are cocked and loaded, ready to unleash their aggression — or take their abuse. From the dirty mind of Tony Buff and the talented eye of co-director Paul Wilde comes Abuse of Power, the fourth installment in ROUGH, TitanMen’s extreme fetish line. Fall into your fantasy as six studs take aim in this eye-opening effort bursting with big cock, watersports and a bevy of BDSM play guaranteed to have you begging for more. Horned alphas Tony Buff and Tristan Jaxx need an outlet for their aggression — and innocent stranger Ridge Kane provides the tight holes they need in a scene soaked with spit, spunk and piss. Erik Glock is bound in the woods — and at the mercy of Tyler Saint, who brandishes two big guns as he fucks the fear out of the bottom in a scene certain to raise eyebrows… and cocks! Military man Ruff Zindao stands at attention, ready for the punishment administered by Tony Buff — whose implements of destruction (including a whip and a big dick) have the submissive’s back and ass seeing red.