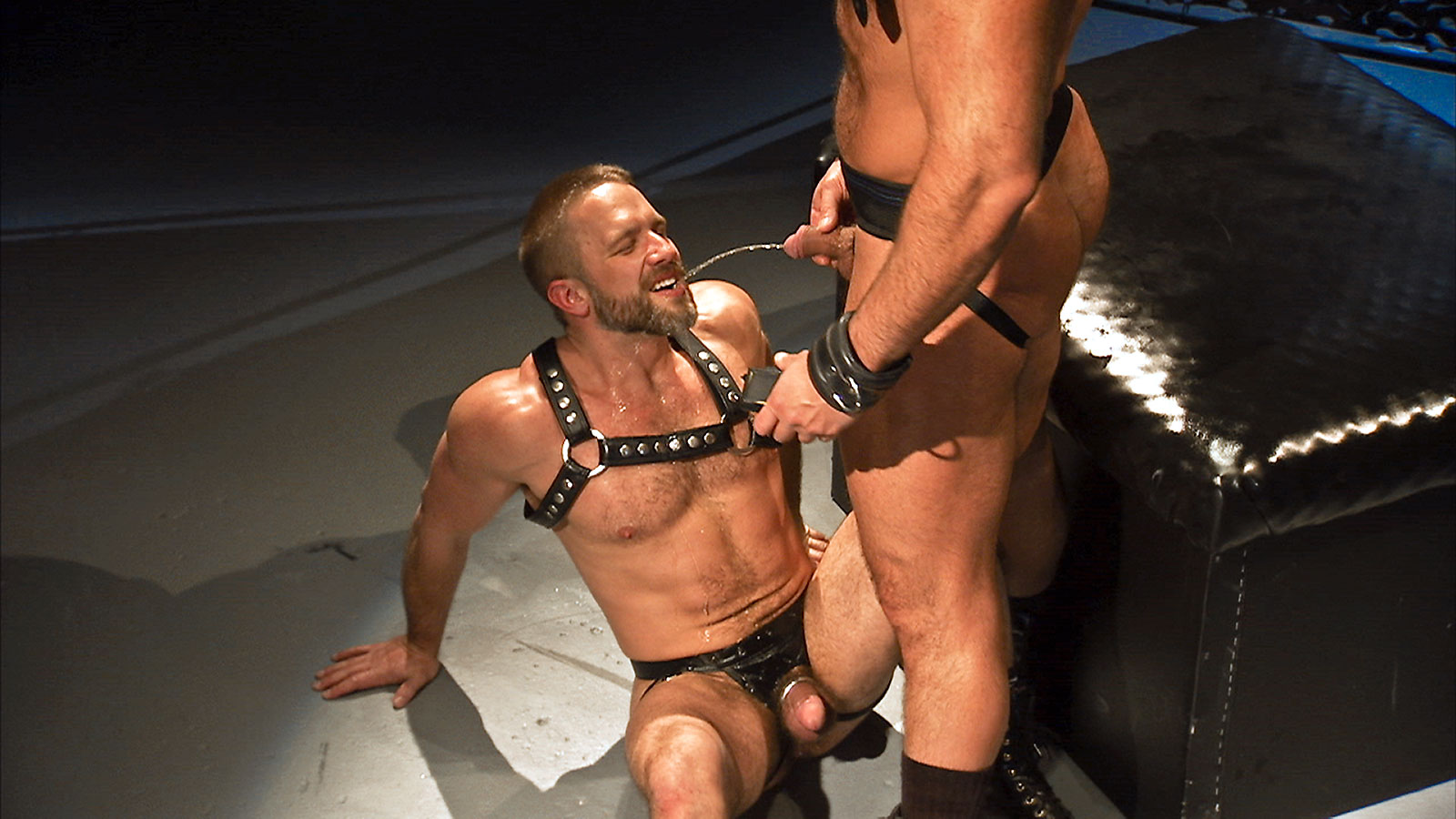 Testosterone-fueled Dirk Caber ties big stud Jesse Jackman to a St. Andrew’s Cross, then breaks out a violet wand. He runs it along the tender skin of Jesse’s hard, hairy chest, inching its charged tip over his armpit and his nips as Jesse’s eyes roll back in his head and he noisily growls. The two men swap spit, laughing in the moments between each shock. Dirk frees their rock-hard tools from their leather jocks, touching the heads together and pulling back, a string of precum connecting them. With other tools that turn him into a human conductor, Dirk strokes his bare hand against the massive slabs of Jesse’s chest, his fingertips shooting jolts over Jesse’s skin. Dirk unties Jesse from the cross, throws him back on a bench, lifts Jesse’s muscular legs, then proceeds to feast on his hairy hole, getting it wet and ready for his thick meat, which he slides into Jesse’s tight and hungry hole. Dirk flips him on his belly and pounds him mercilessly from behind, holding tight to Jesse’s harness and laughing at the noises Jesse makes as Dirk plunges balls-deep into the muscle butt. But now Jesse revolts, aiming a stun gun at Dirk’s leg and growling as Dirk falls to the floor. Jesse pisses all over Dirk’s chest, cock, and balls, soaking him before pointing the stun gun at Dirk’s wet flesh and shocking him in sweet revenge. Jesse throws Dirk on the bench and shoves his own thick meat into his former tormenter’s twitching hole. Dirk gives into the pleasure of the big man’s butt plowing, stroking his throbbing cock until his cum rains down on his black jock. This pushes Jesse over the edge, and he screams as he unloads all over Dirk’s wet, still-hard cock.