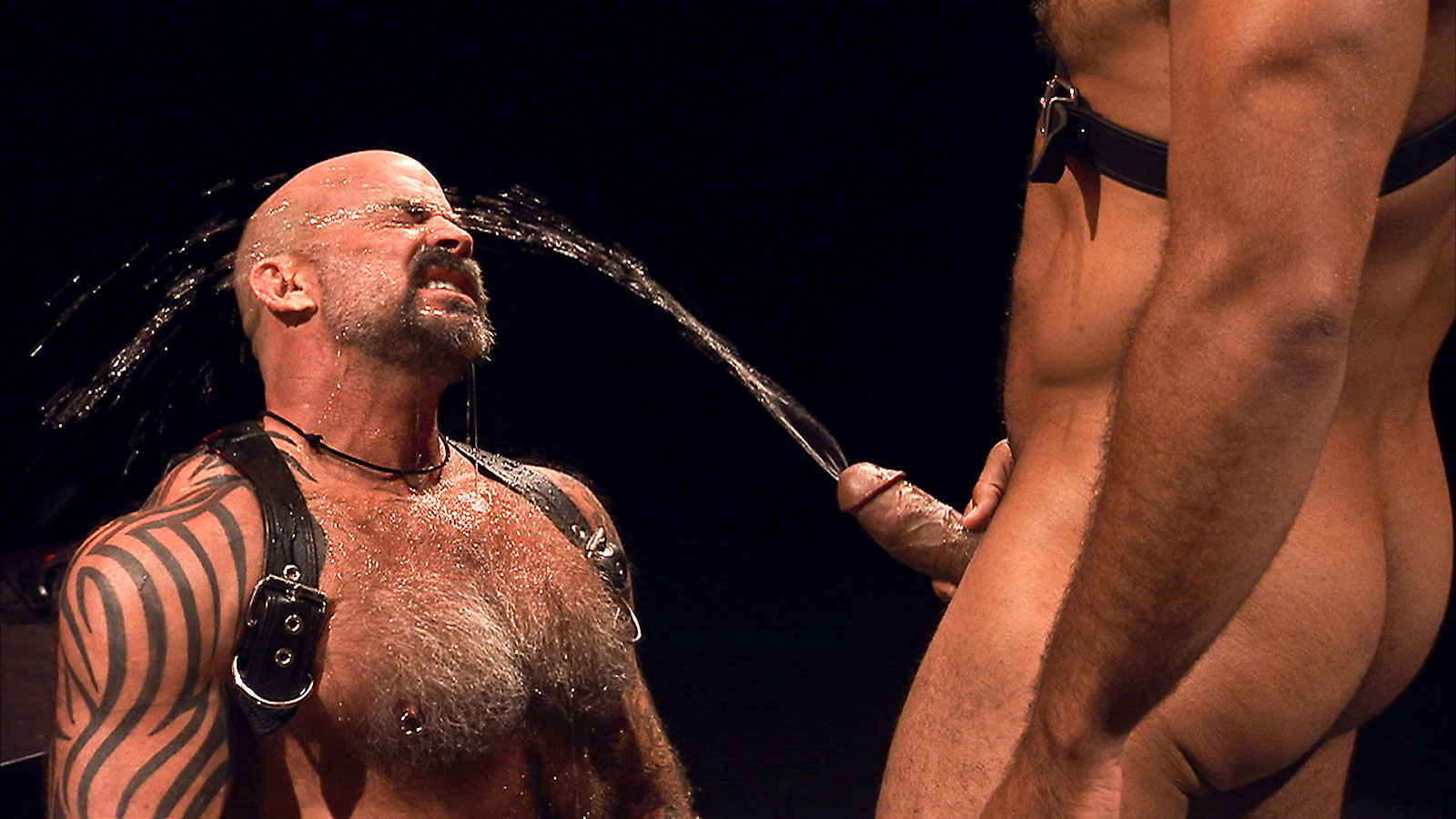 Inked and hairy-chested daddy Nate Pierce, in leather harness and jock, beats the smooth muscled back of Roman Wright with a flog before the two switch places, both of their tools thickening as Nate’s broad back reddens from the blows. Roman shoves Nate down on his knees and blasts a piss geyser into Nate’s hungry mouth and down the solid, furry mounds of his chest. Nate’s beard drips with piss as he swallows Roman’s hard dark meat before Roman returns the favor, dropping to his knees and nuzzling Nate’s multiply-pierced cock and smacking his silver-ringed ball sack, stimulating Nate into grunts of hard-cocked pleasure. Nate then devours Roman’s super-thick pole before assuming the position, bent over for Roman’s pleasure, showing off the line of silver rings from his cock to his perineum. Roman grabs onto Nate’s harness and plows hard, flipping Nate onto his back and slamming back into his hairy hole balls-deep, grinding and owning his ass before Nate turns the tables, throwing Roman down on his back, his boots in the air, and rims Roman’s tight hole. Then he pushes into Roman’s muscled ass as Roman strokes his achingly hard piece to eruption. Nate joins him moments later, streaking his furry pecs with this hot, thick load.