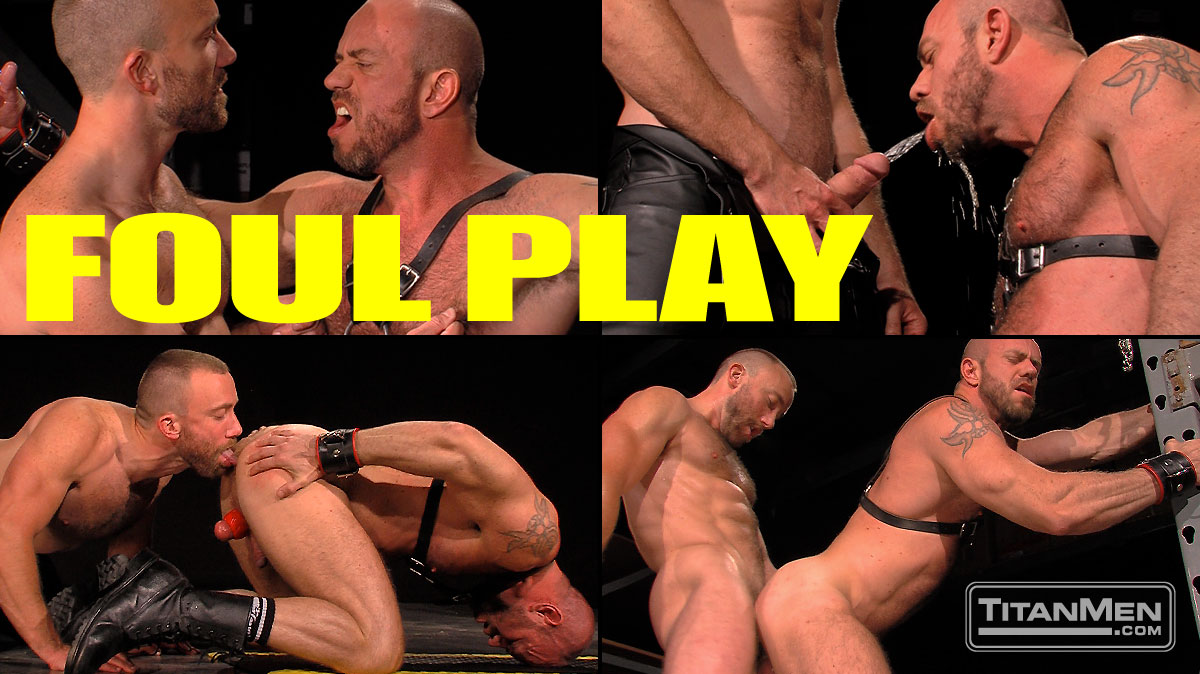 Standing helpless with his hands bound in the air, hairy jock Matt Stevens is at the mercy of handsome Nick Prescott—who strokes Matt’s cock, rubs his muscular frame and pinches his nips. Nick slaps Matt’s ass and spits in his mouth, punching the hunk’s reddening body. Matt grunts, his wild eyes fixated on his tormenter. He spits on Nick, the strand dripping from his scruffy chin. Nick spits back and delivers more punches, then forces Matt’s face in his pit (“You like that?”). Matt sniffs and licks it, Nick then licking Matt’s pit before sucking him deep, gurgling as he takes it all in. The breathless Nick spits on Matt’s bod and rubs it in, then sucks some more as spit drips from the jock’s sac. Nick frees his captive’s hands and feeds him his cock, then pisses on the stud. Nick eats out Matt (“Open it up!”) and spits on him before fucking him from behind, grabbing the bottom’s harness as he plows before they come.