His tattoos peeking through his smoke rubber suit, mohawked Ethan Ayers pops a boner as he slurps bearded Rogue Status—whose cock throbs out of shiny black rubber. Ethan chokes on the tool, spitting on it as Rogue moans and fucks his face. The alpha unleashes a stream of piss all over Ethan, who also fires up a fountain as his slick suit gets soaked. Rogue opens wide to take Ethan’s thick rocket, deep sucking it before eating Ethan’s ass. Rogue fingers him, then douses him again with a stream of piss that coats his head, back and ass. The top fucks Ethan from behind, then turns him over. Rogue grabs hold of the bottom’s legs and reams him harder, then fires out a load—a double squirt with a delayed second stream that coats Ethan’s stomach. The bottom pisses up into his own mouth as Rogue joins in, covering the bottom’s chest and sac. Ethan shoots his cum, which Rogue rubs into the bottom’s covered chest before kissing him. 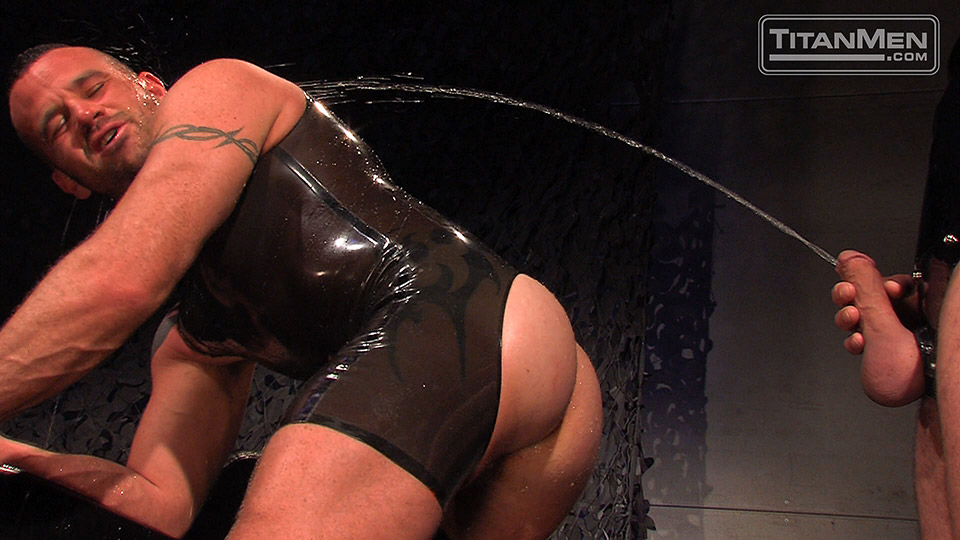