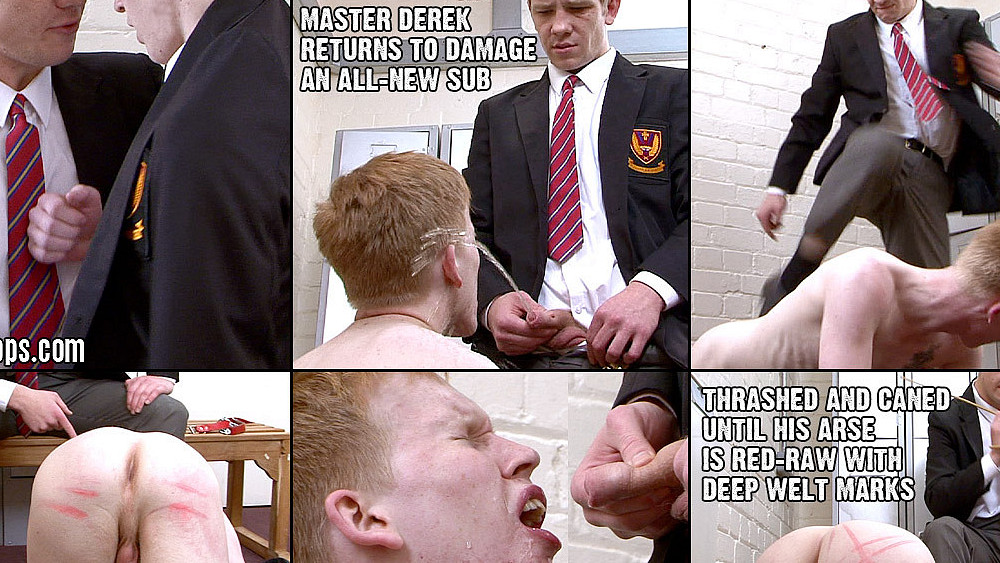 Perverse Master Derek has returned and this time he has a new victim to damage and harass. Schoolboy sub Henry doesn’t know what’s about to hit him as the sadistic Top drags him into a room for a thorough seeing to. To begin with, Master Derek strips the skinny, quivering sub and has him begging at his feet, completely naked. The complaining sub has to lick the dirty shoes of the mean, angry Master after he’s been given a couple of harsh lashes by Derek’s cane. Henry, down on all fours with his head to the ground, licks the crud from the Master’s shoes and fully exposes his gaping arsehole. Because he’s not doing a good enough job of this, the sneering master pulls Henry’s head up and gobs into his mouth, making him swallow it. Becoming aroused, the master pulls out his meaty dick and pisses all over the complaining lad’s face. Although he tries to resist, the feeble sub soon has hot, stinking urine rolling into this mouth. 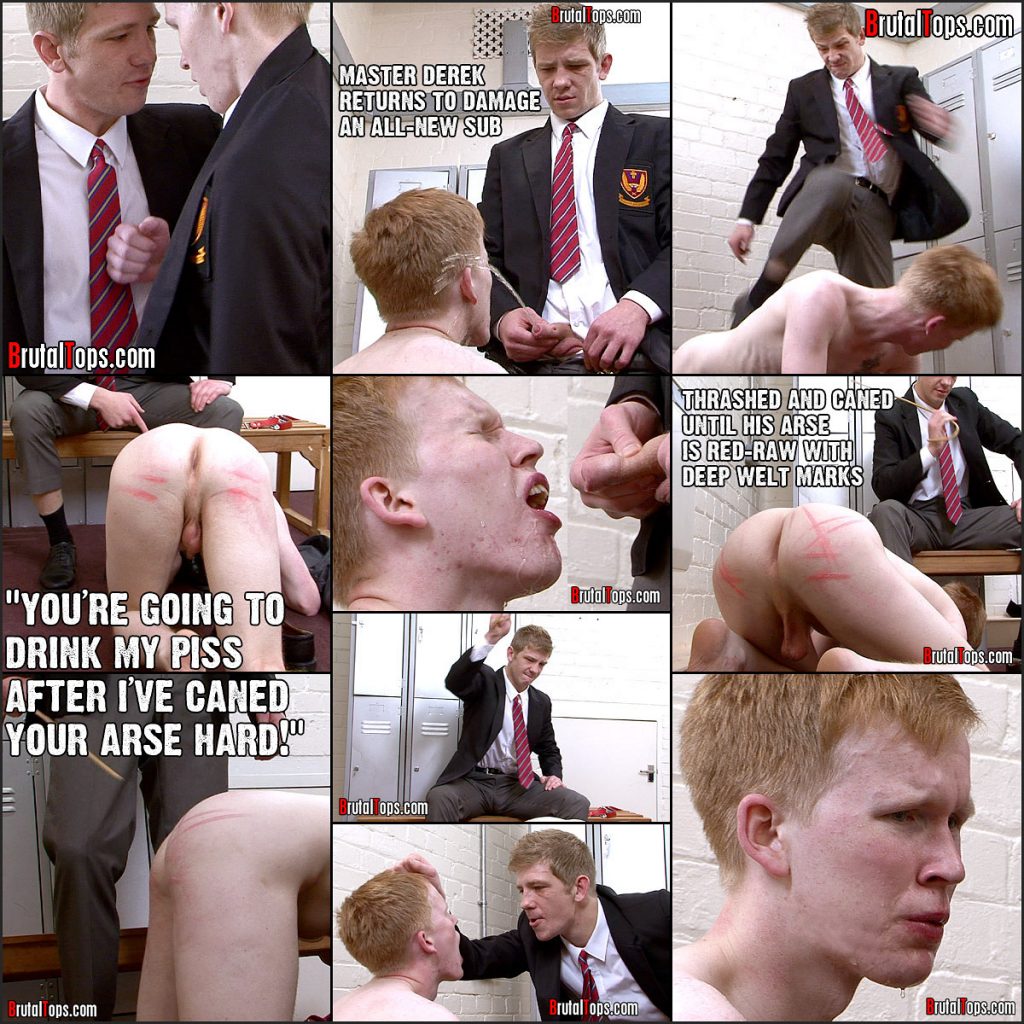 Back on all fours and the Top sits on the sub and pushes his head down again to finish off the job of cleaning his shoes. Almost in tears, the sub is then pulled around the room with the Master treating him like the powerless slave he is. The sub’s resistance is completely drained away and he can’t stop the master from doing with him whatever he wishes.