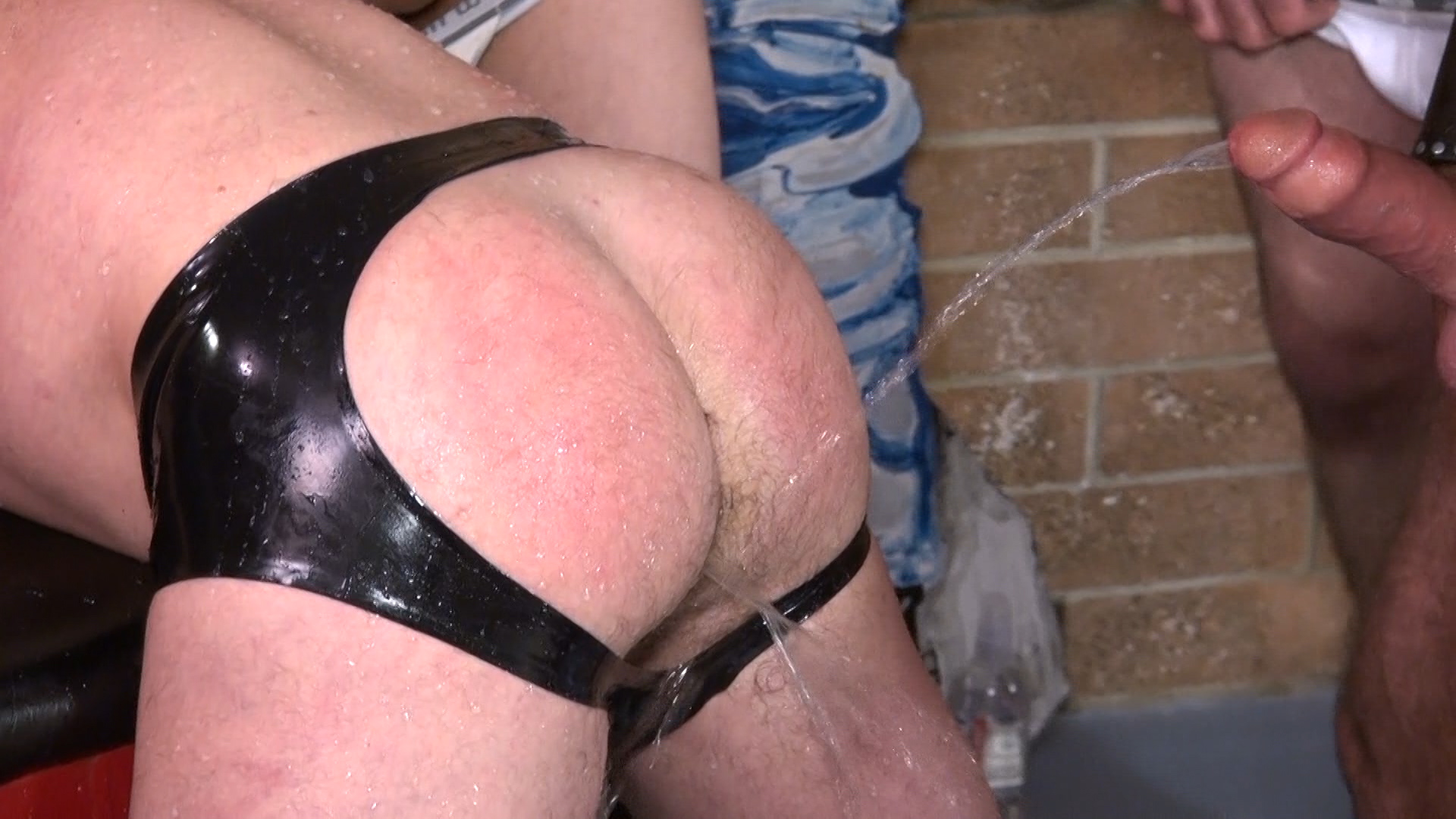 Horny fuckin’ piss bottom, Patrick O’Connor, is looking for some action. He goes to waterboys.com and invites four hot tanked-up studs to his playroom for some group action. Translation: he wants a group of hot men to service his hot, hungry hole. And that’s exactly what happens. Chad, Ray, Blake and Dane toss Patrick in the tub and hose him down, then drag his waterlogged ass out of the tub, put him on a bench and fuck him, spank him, flog him, piss on him and hose his ass out with hot man piss. Finally, Dane dumps a hot, creamy cum load in his ass, which Ray felches out. Patrick is one red assed, cum-filled, piss-soaked, smiling pig bottom. Ray then showers Patrick down with a heavy load of man piss before bare boning the boy on a bench. Chad Brock and Dane Caroggio piss on Patrick while Ray loosens his ass up with 8 inches of daddy cock. Patrick gets it hard from both ends with Chad feeding his face and Ray pounding his ass. Hard pounding boy top, Blake Ericson, wants a turn at Patrick’s ass, so Ray relinquishes the well fucked, gaping hole. Blake throws an expert fuck, then Patrick and Chad get tossed in the tub and pissed on in turn. Blake definitely has one of the biggest bladders on the planet because he pisses on Chad for more than 4 minutes straight. Chad sucks down massive loads of piss before hopping out of the tub and bending Patrick back over the bench. Chad Brock hops out of the tub, grabs Patrick O’Connor, bends him over a bench and pounds the living shit out of him while Ray Dalton eggs Chad on. Patrick begs for cock and Chad delivers a hard-pounding, masterful fuck. Chad turns over the stretched out ass to Dane Caroggio, who quickly dumps a load into Patrick’s hungry hole. Chad felches Dane’s cum out of Patrick’s ass, then pounds him some more and adds a big daddy load to Patrick’s cum-filled crevice. Ray Dalton jumps onto the floor, licks Chad’s cock clean, then sucks a big jaw full of mancum out of Patrick’s ass while Dane pisses all over Patrick’s back. The piss streams down into Patrick’s ass crack where it’s lapped up by Ray, who doesn’t miss a drop. Ray then fills Patrick’s ass with a nice, big, hot load of his own piss. Ray Dalton hops in the tub and sucks down a few big loads of beer piss. Our men bend him over the tub and fuck him in succession. First batter up is Chad Brock, who masterfully plows Ray’s hairy, hungry hole and opens it up wide. The action is extremely verbal and fast paced. Ray slams back a couple more piss loads, one from Dane and one of his own. Blake breeds Ray’s hole and shoots a big, creamy load, which Patrick fucks deep into Ray’s guts. Chad rims Ray’s ass, felches out what he can get of the load and adds one of his own to the cream pie. Dane Caroggio hops in the sling, where Chad Brock and Ray Dalton fuck and fill his hungry, hairy hole with cum. 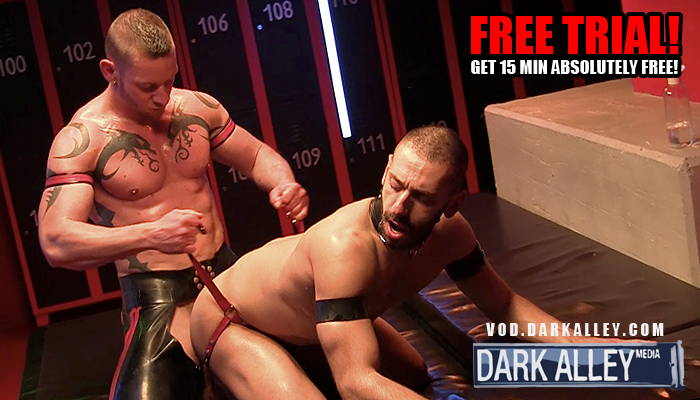