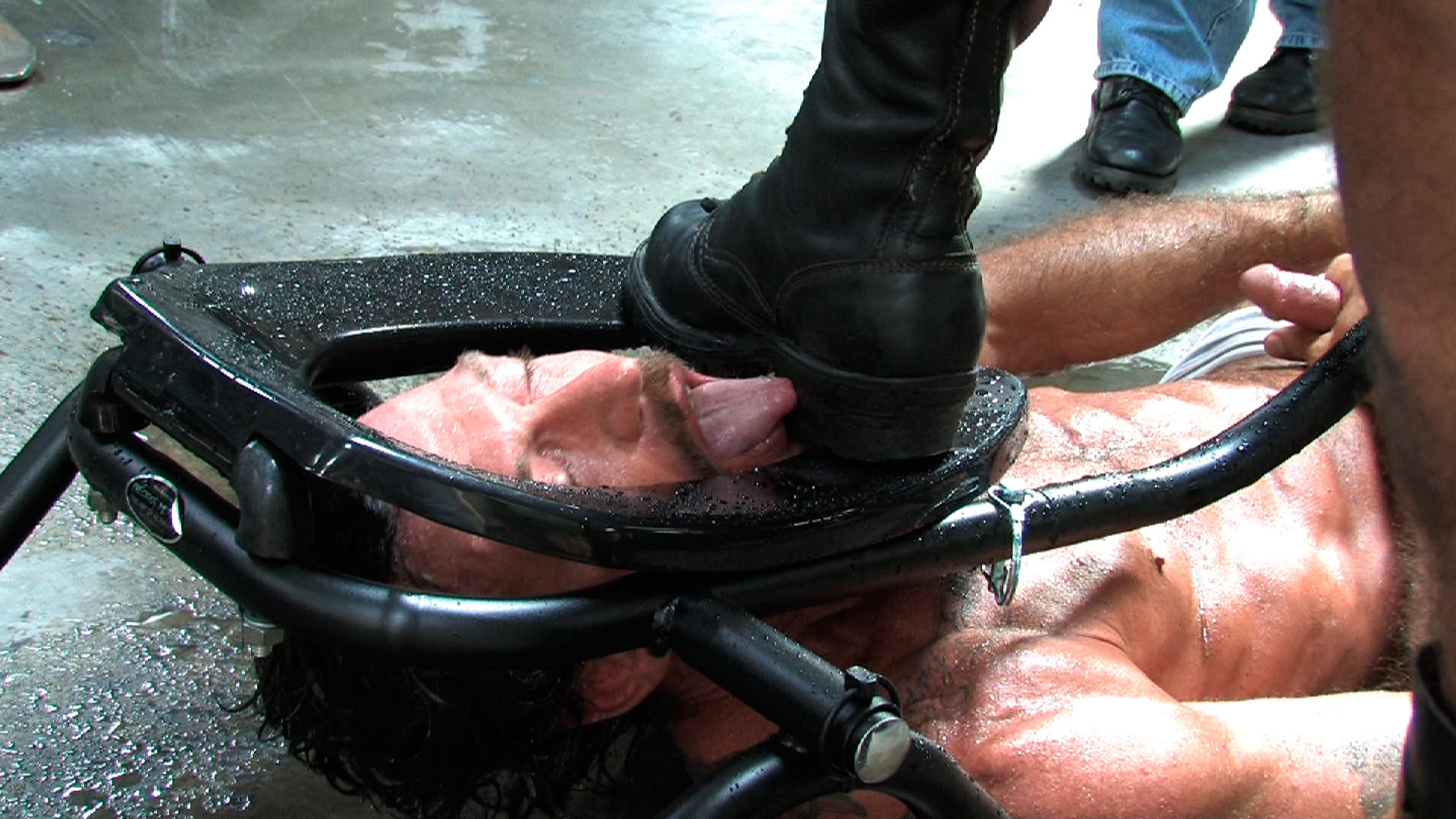 Ray Dalton gets under the rim seat, to feast on Jim Ferro’s muscled ass. Jim treats Ray like his personal toilet and floods Ray’s mouth with salty man-piss. Boy Fillmore adds his own stream of piss into Ray’s open mouth. Ray almost drowns, from this flood of man piss he’s fed by these two studs. After the piss wave subsides, Ray gets to work cleaning the piss off Boy’s combat boots, then wallows in the huge puddle of piss on the floor, just like the dirty little piss pig that he is. It’s Chad Brock’s turn to get some attention and the kind of attention he wants is some ass breeding. Matt Sizemore is more than happy to accommodate Chad’s greedy hole with his 10 inches of hard meat. He fucks Chad so hard that the work bench that Chad is laying on scoots across the machine shop floor with each thrust. Matt buries fucks the hell out of Chad until he pulls out and shoots a gushing load all over Chad’s hard cock. Matt then scoops the cum off of Chad’s dick and coats his still hard cock, using his cock to shove that creamy load deep into Chad’s well used hole. Ray Dalton has been watching these two pigs’ breeding session and wants in on the action. He takes his turn fucking Chad’s cum filled ass, shoving Matt’s load deeper into Chad’s guts. The feeling of another man’s hot load dripping out of Chad’s ass and onto his dick is more than Ray can handle. Ray shoots his own seed into Chad’s ass, adding to the DNA cocktail that Chad’s ass wanted so badly. The thought of two huge loads in his ass drives Chad over the edge and he busts his nut all over the machine shop floor.